Is It Correct to Use "They" as a Singular Pronoun?

The singular "they" pronoun was also voted the Word of the Year for 2019 by Merriam-Webster. According to Merriam-Webster, "Lookups for they increased by 313% in 2019 over the previous year."

What do we mean when we say "the singular 'they' pronoun"? We mean the use of "they" to represent a singular subject. Here are some examples of singular subjects (in bold) that are described using this traditionally plural pronoun (underlined):

Anyone who wants to succeed should ensure they work very hard.

It seems someone lost their keys!

Everyone wishing to participate should provide their contact information.

If you have a friend who loves grammar, please share this article with them! 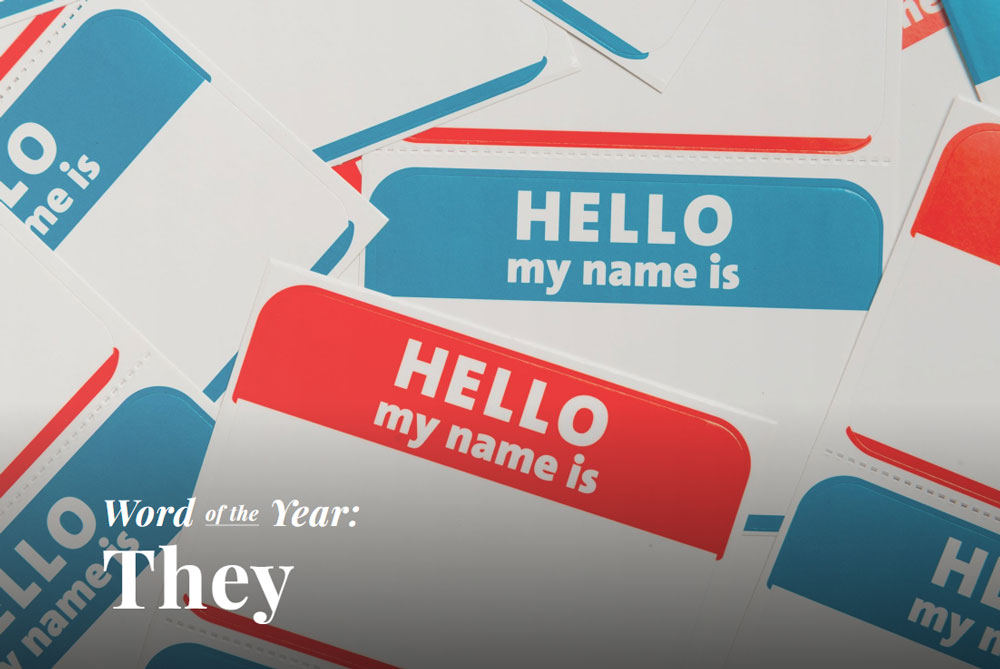 According to many who strictly follow the rules of grammar and who don't accept "they" as a singular pronoun, these sentences are incorrect. Corrected, they might look something like this:

Anyone who wants to succeed should ensure he or she works very hard.

It seems someone lost his or her keys!

Everyone wishing to participate should provide his or her contact information.

If you have a friend who loves grammar, please share this article with him or her!

Why is the use of the singular "they" so controversial? It's because "they" is traditionally used as a plural pronoun, like so:

People who want to succeed should ensure they work very hard.

It seems those people lost their keys!

The candidates wishing to participate should provide their contact information.

If you have friends who love grammar, please share this article with them!

As such, for many who love grammar and follow grammatical rules very closely, the wide acceptance of the use of the singular "they" signals that we are now living in the age of the grammar apocalypse. 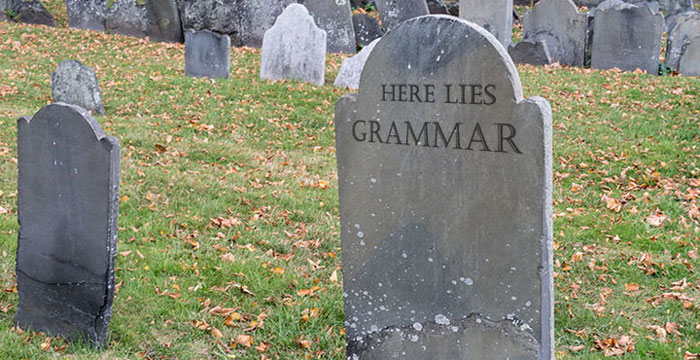 In a world of short forms for already short words, where strings of emoji run rampant in the place of full sentences and many have no problem using "they" as a singular pronoun, it's easy to say that the death of the English language is imminent.

Or is the language just evolving?

That is the center of a debate that's been raging between linguistic prescriptivists and descriptivists for centuries. Linguistic whosits and whatsits? Don't worry; we'll discuss both perspectives in detail.

Grammar has rarely produced as much public acrimony as in the battle over pronouns. ⁠ ⁠ But the debate over the singular use of "they" has been waged for centuries.⁠ ⁠ People have been using "they" as a generic singular in writing since at least 1375, and have doubtless been saying it even longer. ⁠ ⁠ Now a well-timed new book, "What’s Your Pronoun?" explores a curious gap in the English language. ⁠ ⁠ Click the link in our bio to learn why lots of people have invented new, gender-free pronouns, and why most have failed to catch on. ⁠ ⁠ Illustration: Nick Lowndes

Prescriptivists on the Use of the Singular "They"

Prescriptivists believe in establishing and enforcing the use of a standard form of language—that is, one with definitive, unambiguous rules. Because, without rules, what are we? Just a bunch of evolved animals writing grammatically incorrect sentences and sharing them online? How can we understand one another without one correct language?

Prescriptivists would say that we can't use "they" as a singular pronoun and that it can be used only as a plural pronoun. They might argue that the singular "they" is always grammatically incorrect in its use, even though it is commonly employed in everyday English. Or they might believe its use to be inappropriate only in formal or academic writing.

Descriptivists on the Use of the Singular "They"

Descriptivists take a different approach to language than that of prescriptivists. They believe that the way language is actually used by most members of a population is much more important than the opinion of one small group of experts about what constitutes proper usage. Humans have a natural tendency to mold whatever they're using to suit their purposes, including language, and descriptivists are more than fine with that. 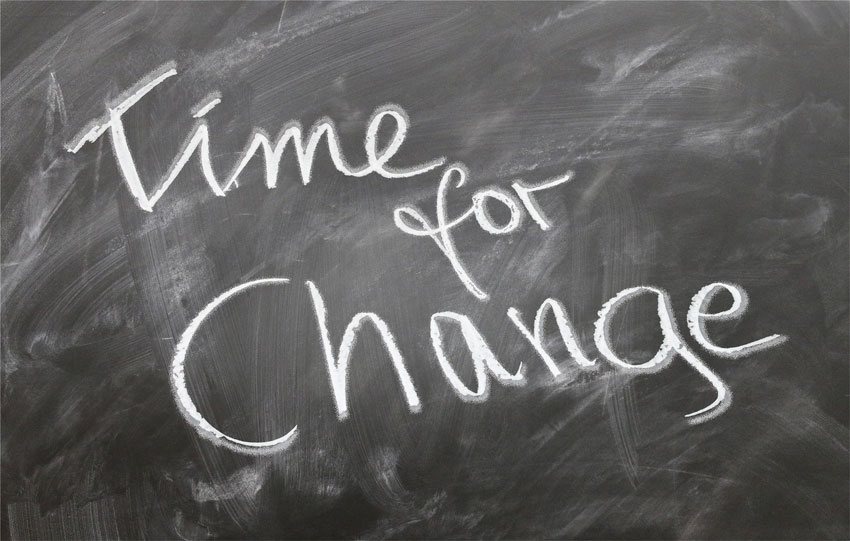 Descriptivists might argue that the "they" pronoun can be used when a subject is unclear or as a non-gender pronoun. They would also say that its use should be considered correct since the singular "they" pronoun has been used for centuries and is commonly understood by the general population.

As noted by the American Dialect Society, "The use of singular they builds on centuries of usage, appearing in the work of writers such as Chaucer, Shakespeare, and Jane Austen." In addition, as noted by Merriam-Webster, "they has been in consistent use as a singular pronoun since the late 1300s." 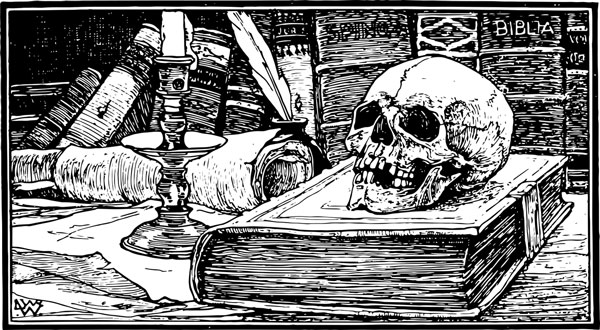 Scribendi's Take on "They" as a Singular Pronoun

As with all things, balance is key. Without grammatical rules, it would be very hard to understand each other! However, these rules need to be reassessed over time. As we evolve, so, too, should the language we use so it can best meet our needs and be understood by everyone, not just linguistic experts. 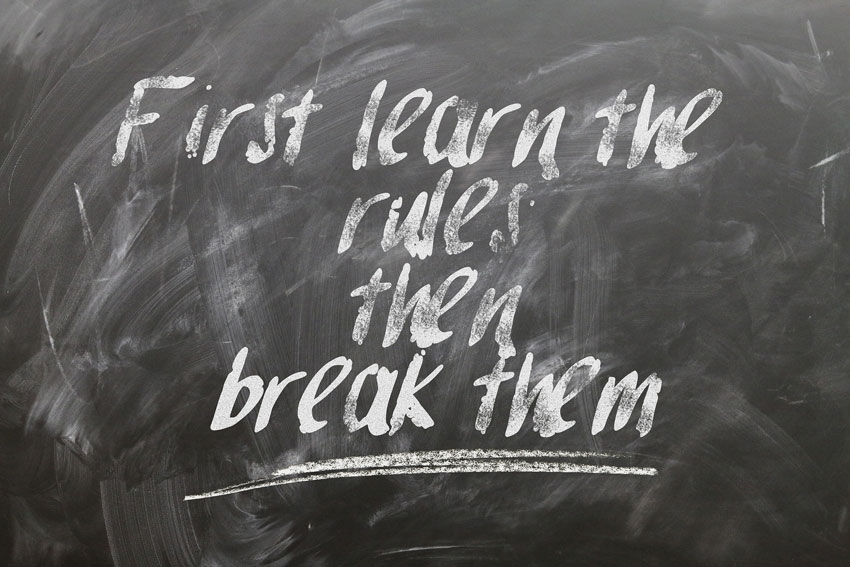 As we always recommend, it's best to check whichever style guide you're working with to see whether it contains rules about word choices and other usages, including that of the singular "they." For example, while the American Psychological Association has embraced the use of the singular "they," the Chicago Manual of Style warns against its use in formal writing yet ultimately leaves this decision to writers. 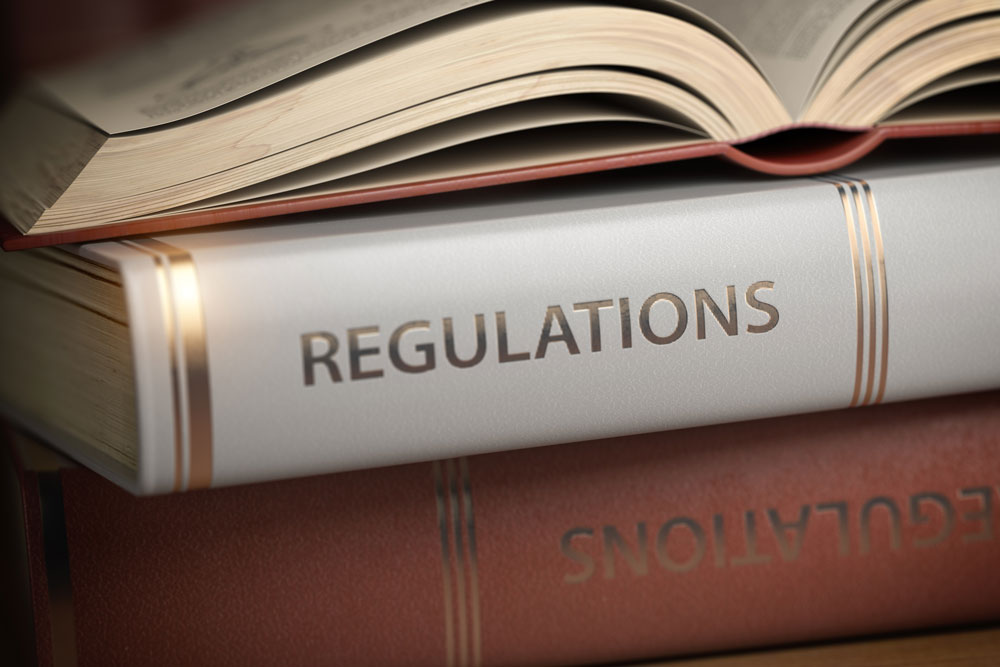 If you're not working with a style guide, consistency is key. If the gender of a subject has been previously denoted, it's generally better to use a traditionally singular pronoun to describe it, especially in academic writing. If not, though, most readers will understand the use of "they" as a singular pronoun. Furthermore, there's definitely more room to play with language in creative writing than in academic writing.

Above all, writers should be familiar with the language they are using and understand its rules if they want to fully engage with it. Nonetheless, it can be difficult to learn and fully comprehend every grammatical rule when the rules are consistently changing! That's why it's always a good idea to have an expert on your side. 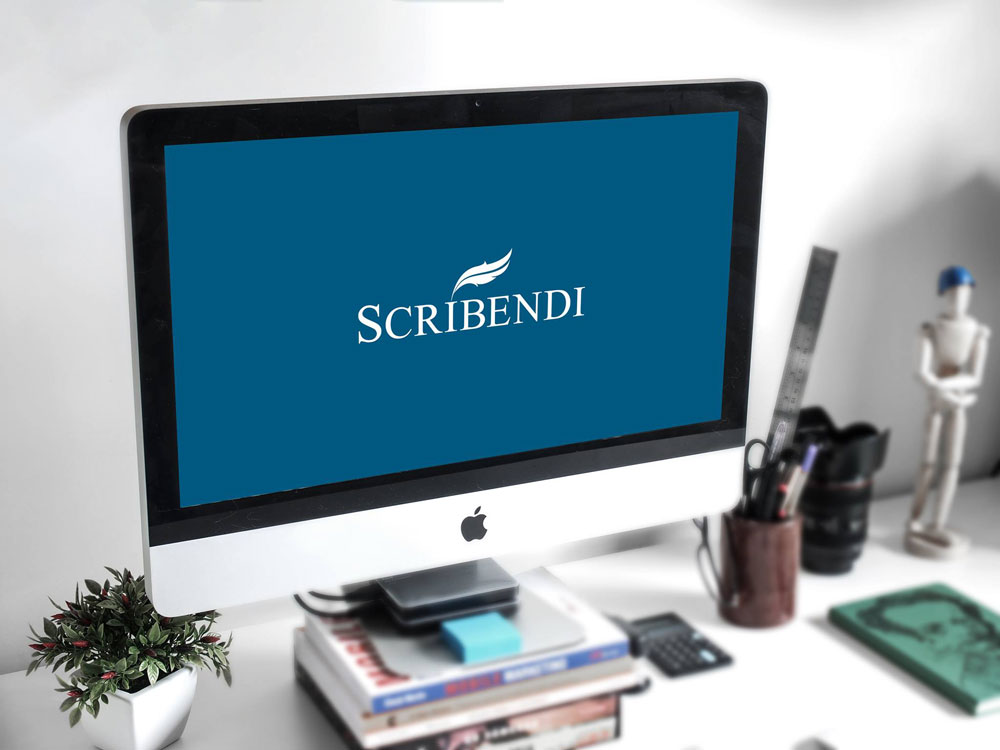 If you're confused about whether the language you're playing with in your writing is correct, a grammar expert can help. Scribendi's professional editors are highly educated and can help with even more than grammatical correctness. Don't just write well; write the best you can with Scribendi.

Write the best you can with Scribendi.

Let Our Editors Improve Your Writing

Jes is a magician and a mechanic; that is to say, she creates pieces of writing from thin air to share as a writer, and she cleans up the rust and grease of other pieces of writing as an editor. She knows that there's always something valuable to be pulled out of a blank page or something shiny to be uncovered in one that needs a little polishing. When Jes isn't conjuring or maintaining sentences, she's devouring them, always hungry for more words. First, Second, and Third Person: How to Recognize and Use Narrative Voice

First person, second person, third person . . . sounds like a party to me! Learn how to identify and use narrative voice in your own writing. Why You Shouldn't Fear the Grammar Apocalypse

Grammar rules are not always black and white, but that is what makes the English language so colorful.